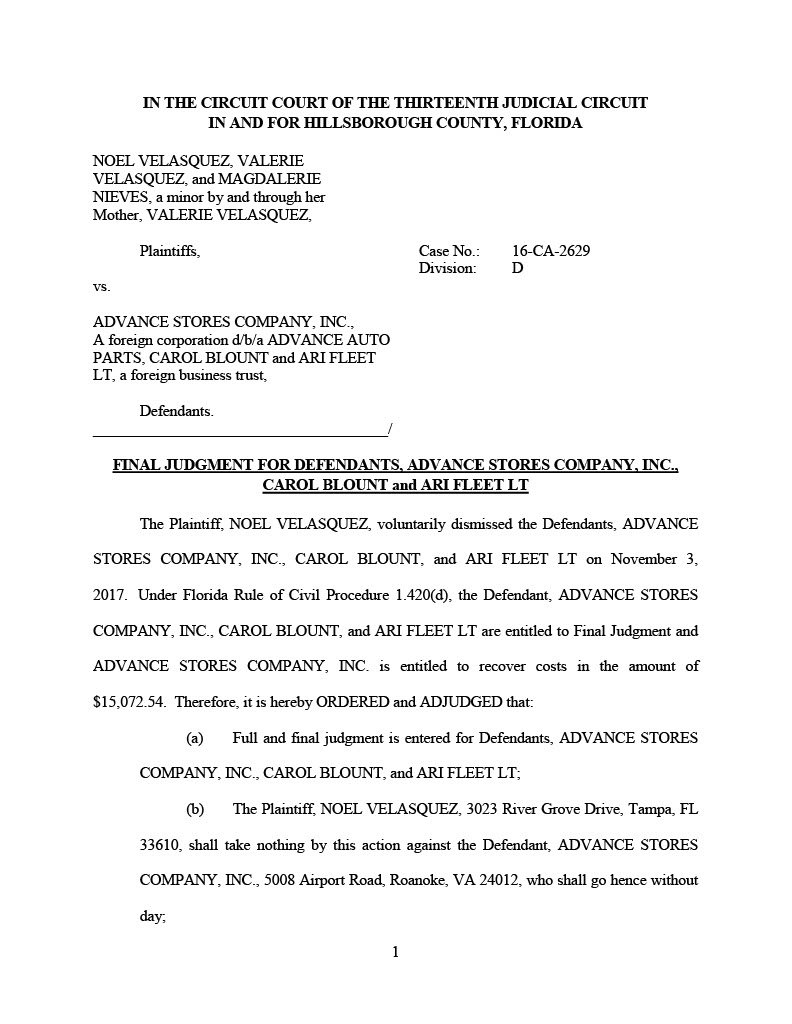 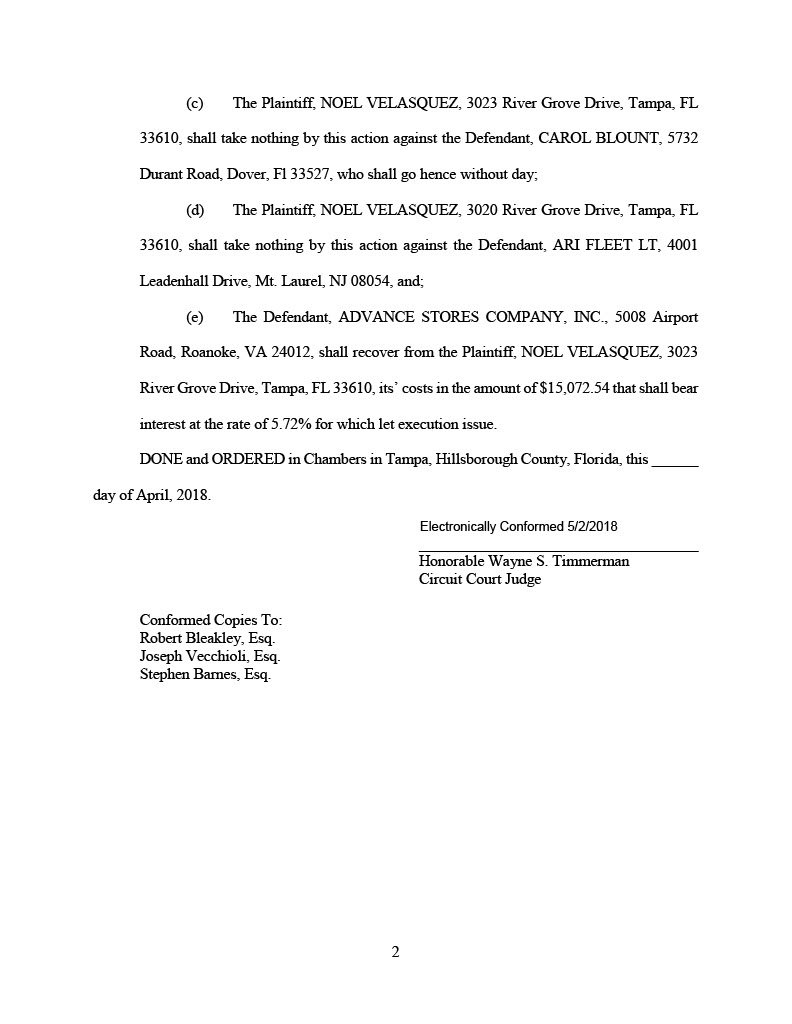 After an unfortunate low impact collision between an Advance Auto Parts delivery driver and a vehicle driven by Plaintiff, Noel Velasquez. Mr. Velasquez claimed that as a result of the accident, he sustained extensive neck and back pain including dozens of injections, a two-level fusion surgery on his neck, another surgery on his low back, and well over $500,000 in medical bills. Mr. Velasquez also claimed the injuries he sustained in the accident caused him to lose his full time employment at Publix where he claimed to be in management training. Plaintiff brazenly claimed he had never suffered an injury to his neck or filed a personal injury lawsuit before the accident with the Advance delivery driver. As it turned out, Plaintiff had previously filed several personal injury lawsuits, some of which involved prior injuries to his neck and back. The firm brought a motion to dismiss for fraud on the court. Rather face the court’s show cause order, Plaintiff voluntarily dismissed his case which resulted in a final judgment in favor of Advance against the Plaintiff for its taxable costs.